The Clergy Discipline Measure 2003 came into on 1 January 2006, and replaced the jurisdiction of the Consistory Court in cases of clerical misconduct. There have been a number of changes in relation to practice and procedure, particularly those effected by the Clergy Discipline (Amendment) Measure 2013. The following links are to the updated and revised versions of the material cited. 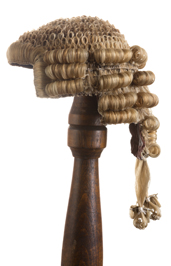 Since 2007 there has been a steady stream of determinations by tribunals, together with a few appellate judgments. Whilst the proceedings are generally held in private the adjudications are public documents.

The case of King concerned an inappropriate relationship with a parishioner and was the subject of an appeal on the matter of penalty. Davies concerned multiple sexual encounters outside marriage and drunkeness, and Okechi adultery. In Tripp and Northern, an adulterous relationship was admitted and the tribunal merely dealt with penalty, similarly Rea and Meier In Rowland sexual misconduct was admitted, but the penalty hearing proceeded in the absence of the cleric concerned. Landall concerned safeguarding and, the tribunal being satisfied that rehabilitation to ministry was impossible, a penalty of prohibition for life was imposed.

Faulks related to parochial finances and a conditional discharge was imposed. In contrast, Wray involved theft and dishonesty and led to a prohibition for life. The case of Robinson led to a lengthy judgment dealing with a number of procedural issues and giving guidance on the interplay between safeguarding and clergy discipline. That of Gair took as a preliminary point whether objection may be taken to the inclusion on the tribunal of a woman priest.

Huntley –  Adjudication on Appeal  and Order on Appeal  – August 2016